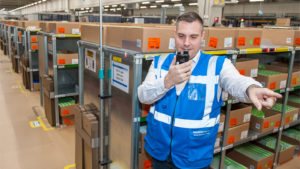 American/Canadian Bausch Health has a large distribution centre at Schiphol-Rijk. The warehouse functions as a European hub for the distribution of eye care products such as contact lenses and eye surgical products.

Despite being named as the “Safest Warehouse in the Netherlands” last year, the company continues to invest in safety. It recently launched a complete Push-to-Talk solution from critical communication service provider PrioCom, that was supplied by Flash

“The solution, installed by Flash together with PrioCom, guarantees our operational safety”, states Reinoud Schoon, Environmental Health Safety Coordinator at Bausch Health Companies. The solution, using almost 30 Telo TE590 smart devices, has been rolled out over the past six months. Schoon summarizes the collaboration, “It’s a good service, we get good support from Flash and PrioCom. The solution is stable and integrated into T-Mobile’s reliable 4G network.”

Previously, the European distributor of medical products worked with walkie-talkies. “We wanted to move towards a future-proof solution for our FAFS officers that could ideally also offer more than Push-to-Talk and making emergency calls.” For example, the chosen device has a 13 megapixel camera. “We have also installed our own unsafe situation reporting application on the device. If the emergency response team sees a situation that may be dangerous, the photo goes via me to the employee responsible,” explains Schoon.

Nico Hortensius, Business Development Manager at PrioCom adds that the smart devices run on Android, which makes it possible to install your own company apps. “As a result, emergency workers only need one device.” Flash guarantees the management of the mobile devices. Sander Berkhout, account manager at Flash: “It can’t be that employees will install apps on them themselves. Flash has a lot of experience in Mobile Device Management (MDM), which makes the partnership even stronger.”

A pilot project was part of the implementation phase. Schoon says: “You have a list of requirements at the start of the collaboration, but it is only in practice that you experience how the devices work. We then equipped a number of FAFS officers with loaner equipment and played out a number of scenarios. The Telo TE590 turned out to be the ideal smart device.” The emergency response team used both the old and the new radios side-by-side for a week before making the final switch to the critical 4G facility.

The gatehouse security which is always occupied when the premises is open, is the application control room. Schoon tells about an extra challenge for the company at Schiphol-Rijk. “In the event of an alarm, the fire brigade is here within six minutes, by which time the complex must be vacated and checked.”

“A reliable and fast critical communication solution is an integral part of achieving this”, Schoon should know, having previously used an in-house emergency response app on a normal mobile phone and encountering problems reaching in-house emergency responders during emergencies. “This critical communication solution uses data priority services from PrioCom on the T-Mobile network, which guarantees continuity in the event of an emergency.”

“Even when I’m not in the building, I can monitor the emergency response with Push-to-Talk, which is the advantage of a mobile device. Distance plays no role”, says Schoon. 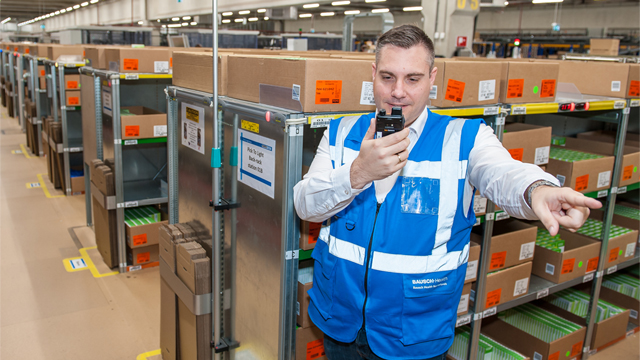