Are PoC solutions mission-critical or business-critical?

Interview with Ken Klaver from Strict, Marja Dieben from PrioCom and Paul Steenweg from ICOM Nederland and Amcom, for trade journal Verbinding.

Services like PrioCom, are becoming more popular and Icom’s LTECom is being used more frequently. Also as a solution in mission-critical environments. Purists claim however, that a PoC service can never be adequate when lives are at stake. The debate arises as to whether LTE is mission critical. “The question is often: what do you need?”

This is a spoiler alert! No, Push-to-Talk on Cellular (PoC) is not mission critical. But almost. And perhaps the question of whether you can offer a mission-critical service on LTE is not really relevant. However, that is a discussion for telecom connoisseurs. These connoisseurs were present in the Finnish town of Kuopio, where, at the Savonia University of Applied Sciences, the fourth ETSI Mission Critical Plugtests Event took place from 23rd  to 27th September.

A well-known problem is deciding whether something is mission-critical or not, according to Ken Klaver, adviser at Strict. “Mission-critical communication has its origins in the world of public order and safety where Tetra is used.

There, high availability, high reliability, speech intelligibility, encryption, latency and prioritization are key. This was already the difference with the preceding analogue era. When emergency services also had to get used to a transition. And maybe we should do that now with the arrival of PoC services.” Nowadays Tetra remains important and the installed base is large, but Klaver notices that organisations continue to turn to innovation. The first question is whether they should opt for a (relatively expensive) Tetra system. In addition, users are looking at further digitization. LTE can play a key role in this.

3GPP releases are followed in mission-critical communication via LTE. “The first releases with group discussions and prioritization are already 13 and 14. The disadvantage is that these can’t function yet in a public network, but only in a private LTE environment. At present, public networks are not up-to-date with the latest releases. Public networks can often only follow a maximum number of releases. But if, for example, you connect a Kodiak or TASSTA solution to the core of a public network, then that is collectively release 13 compliant and you can use mission-critical functionality.”

According to Marja Dieben of PrioCom, when something is mission-critical then a person’s safety or the direct continuity of the business process depends on the ability to communicate directly and effectively with one person or a group. The (public) mobile Internet services are often not sufficiently adequate for such a communication connection, because there is insufficient control for the user. “Consider, for example, situations where a lot of people are using mobile internet at the same time (in a stadium, at an event, etc.). You have to be able to ensure that a mobile network is suitable for distinguishing mobile internet from a critical communication service over the same network.

The PoC solution from PrioCom offers this.” But in order to guarantee nationwide access to the T-Mobile network for mission critical communication, PrioCom has integrated the Push-to-Talk service into the core of the T-Mobile network. The connection of a PrioCom user goes through a private connection on the T-Mobile network. As a result, the data remains protected from the public internet and a reliable and stable communication connection with a fast call set-up time is guaranteed. With this PrioCom offers Quality of Service to its mission-critical users. The priority module offers users priority on the T-Mobile network in the event of escalations. T-Mobile has provided all its antenna locations with back-up batteries that give the telecom provider extra time to take measures, so that an affected region will not be without mobile telephone coverage. In the event of a power failure, T-Mobile can keep its network in the air for one more hour for calling, texting and 4G data services.

Dieben from PrioCom is familiar with the discussion about whether PoC is mission critical or not. She thinks the common assertion that when lives are at stake, it is mission critical and otherwise not, is too rigid. “There are several perspectives. One is that from the market perspective. Public order and safety is a sector where life-threatening situations can indeed be involved. But business-critical communication can also have a major impact.” According to her, the moment that business-critical communication fails, products will no longer be made. “That is laid down in the safety regulations. It happens regularly that group communication is interwoven with business processes in such a way that nothing functions without communication. I know a construction company that also uses the voice networks in their material process. They have to, because they have continuous deliveries throughout the day. If communication is down, it costs the construction company a lot of money and undermines their market position.”

If a PoC solution would work for example in the petrochemical industry? “A private radio network still offers the most certainty, but companies also set requirements for being able to receive and send data. You do need the network of a mobile operator for that. The way in which our PoC solution is designed makes it suitable for mission-critical communication, and hybrid forms are also possible, including the combination of a TETRA radio network with links to PoC.”

Plus: other tasks that are more public order orientated can also use LTE. For example, they tested their PrioCom solution with city enforcement officers in Almere. “It is a mission-critical domain, but they are not on C2000. What do you do then? With PoC we offer a high level of quality of service, with excellent coverage and combinations such as parking management and licence plate registration. With our eco-system partners we can set up control room solutions in combination with geofencing and prioritization at all levels.” 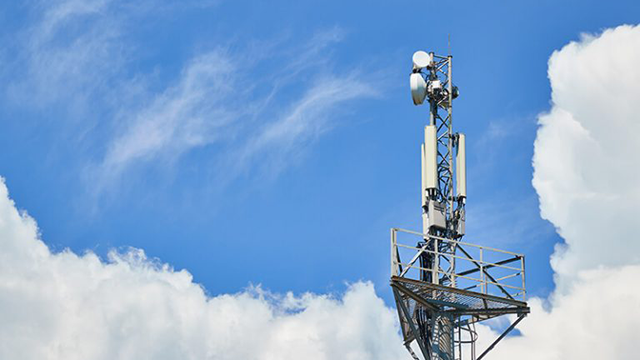